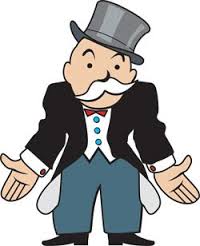 Six weeks out and the annual hand-wringing, face-palming, finger-pointing begins.

The Committee says “Oh NO! We need money!”.  The Borough responds “Can’t you read?”

The current committee has proved itself unequal to the task of providing this event and unifying area residents.  The Official website provides no particulars on finances other than announcing fundraisers.

Mercury Announces 2015 fireworks will go off in Pottstown

With that, this, the second website of Independence Day, Ltd. has completed its’ function.  This has served as the committee’s sole communication source, kept the brand alive and spurred new interest.

To our readers, thank you.  Anything that has been accomplished here was for the benefit of the good people of Pottstown and Vicinity.

To the committee and its new partners:  you have inherited a tradition you did not build.  You are charged with staging a celebration of the Founding of the United States of America.  This generation needs a lesson in civic duty, and you have a great opportunity.  Cherish it.

Video and Pics From 2014 Parade

Courtesy of the Mercury

PIctures of Runners in the 5K courtesy of Tom Carroll

Pictures from the Mercury that you can buy

Storify coverage of the Parade.

Here is a video courtesy of reporter Frank Otto

Here is further coverage from the Pottstown Mercury

Where Do We Go From Here?

Second year without Fireworks in Pottstown borough.  Many opinions have been offered, and some sincere folks made a Power Point slideshow. Four queen contestants have worked hard to reverse this situation.

Please express your sincere wishes, and SHARE this poll.  Keep the comments clean.  This will serve as a testament of your commitment to your town.

The results will be posted next week, and offered to local media.